If you signed up for a kit in Laramie, Cheyenne, Lander, Casper, or Jackson you will receive an email reminder of your pick up time and location the week of May 24th.

The first activity called ‘Diving into Density’ is provided by Science Kitchen and Wyoming Nasa Spacegrant Consortium. This activity uses sugar and water to demonstrate how water with different solutes like salt (sugar in this case) separate out and form a stratified water column much like the Green River lakes. The activity also highlights how the different layers formed in the ancient lake leading to the rapid burial necessary to preserve the animal remains.

The second unit is provided by the Wyoming State Geological Survey. In each kit they have provided a REAL piece of the mineral Trona, that formed because of the lake evaporating. The piece of mineral came from 1000’s of feet underneath the ground in the Green River Basin, so it’s pretty special to have a piece! In addition to the Trona sample, they have an information sheet on Knightia, Wyoming’s State Fossil, and coloring sheet to color what you think Knightia might have looked like alive.

The last activity is provided by the University of Wyoming Geological Museum where you will learn how to remove rock to expose part of a REAL fossil fish from the Green River Formation, just like paleontologists do! Be careful though! These kits have a sharp tool to pick away at the rock, so make sure you have adult supervision. Fish like the one you’ll expose are one of the most common fossils found in museums, homes, and rock shops around the world! Here, you get to keep a piece of Wyoming’s important paleontologic history!

Below you can find activity guides as well as videos for this month’s activities! 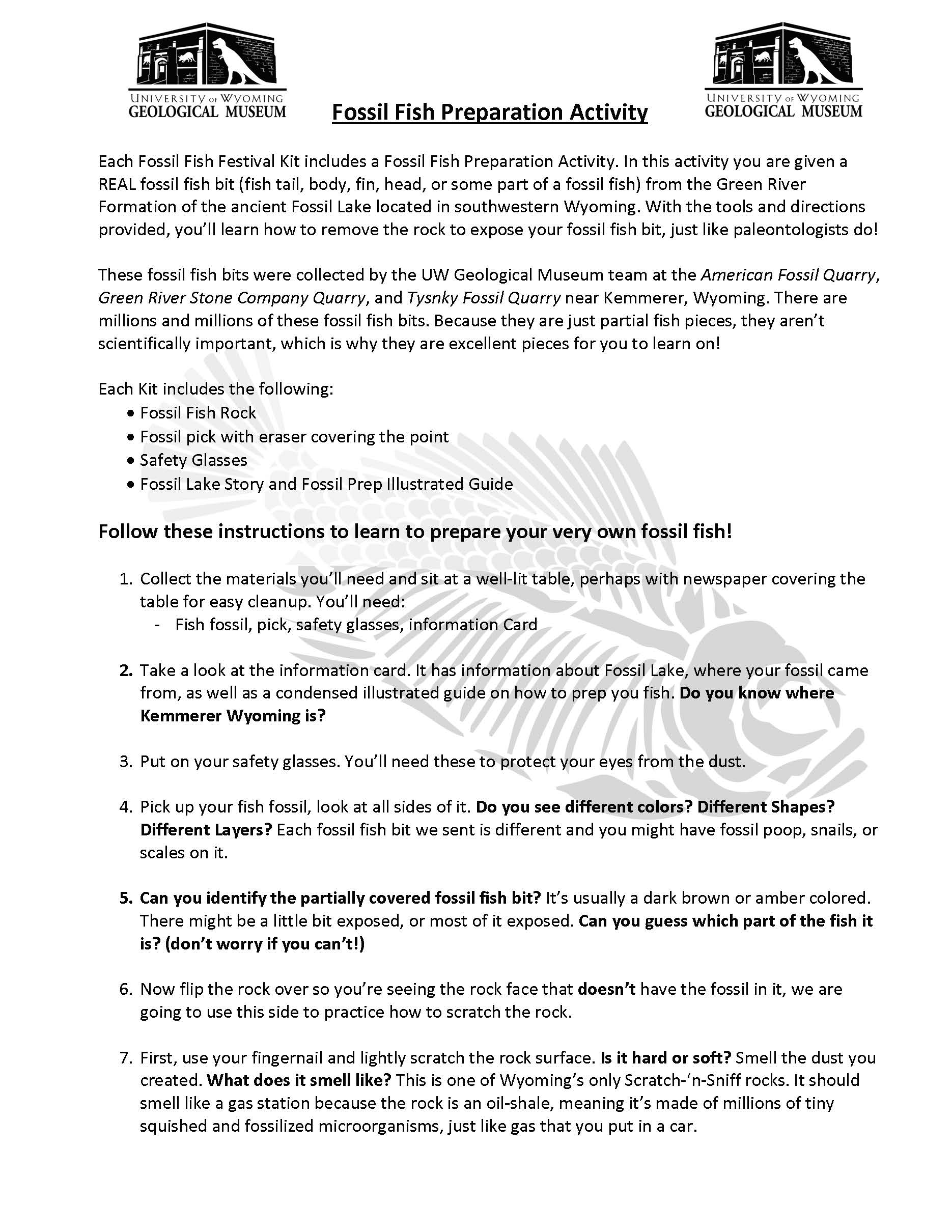 Information about Trona and Knightia 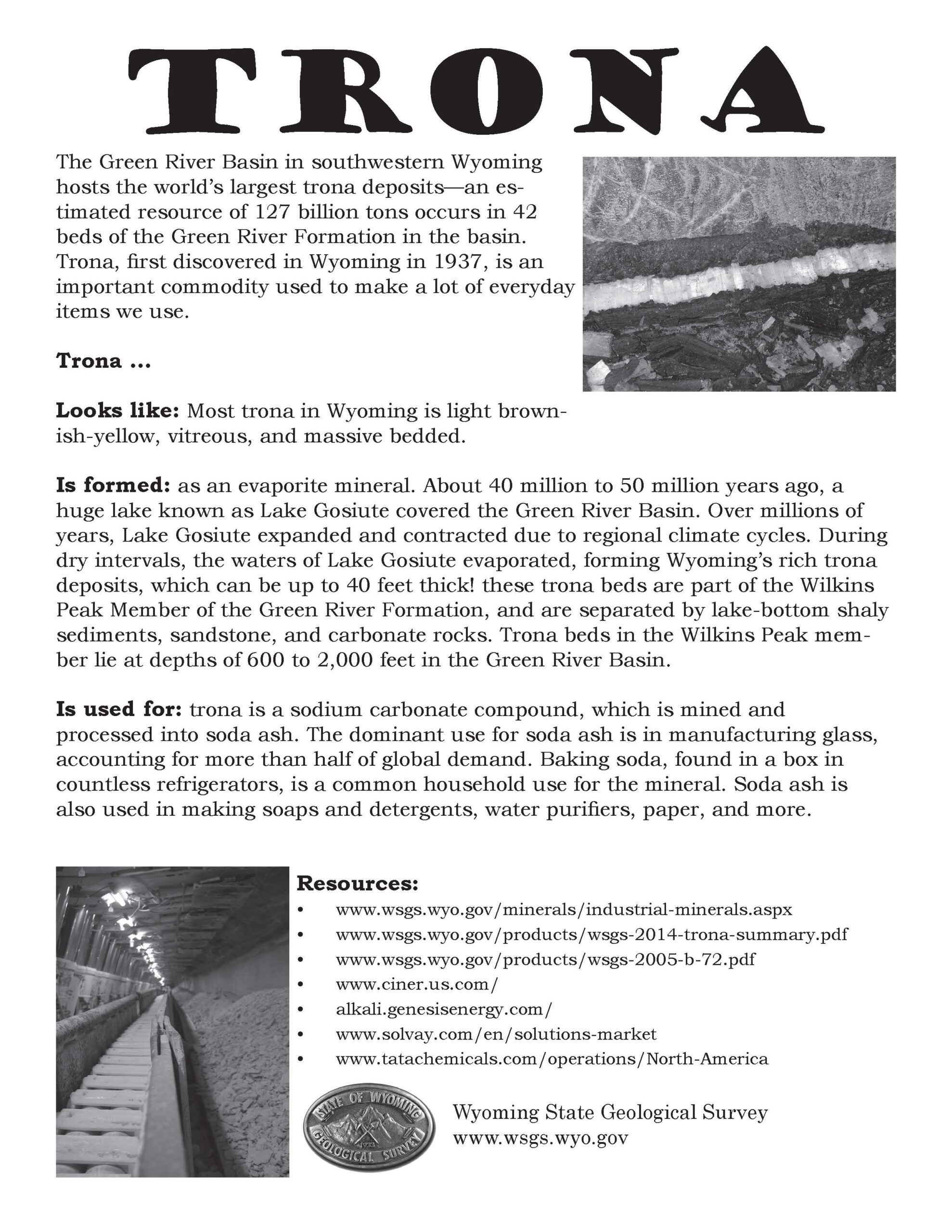 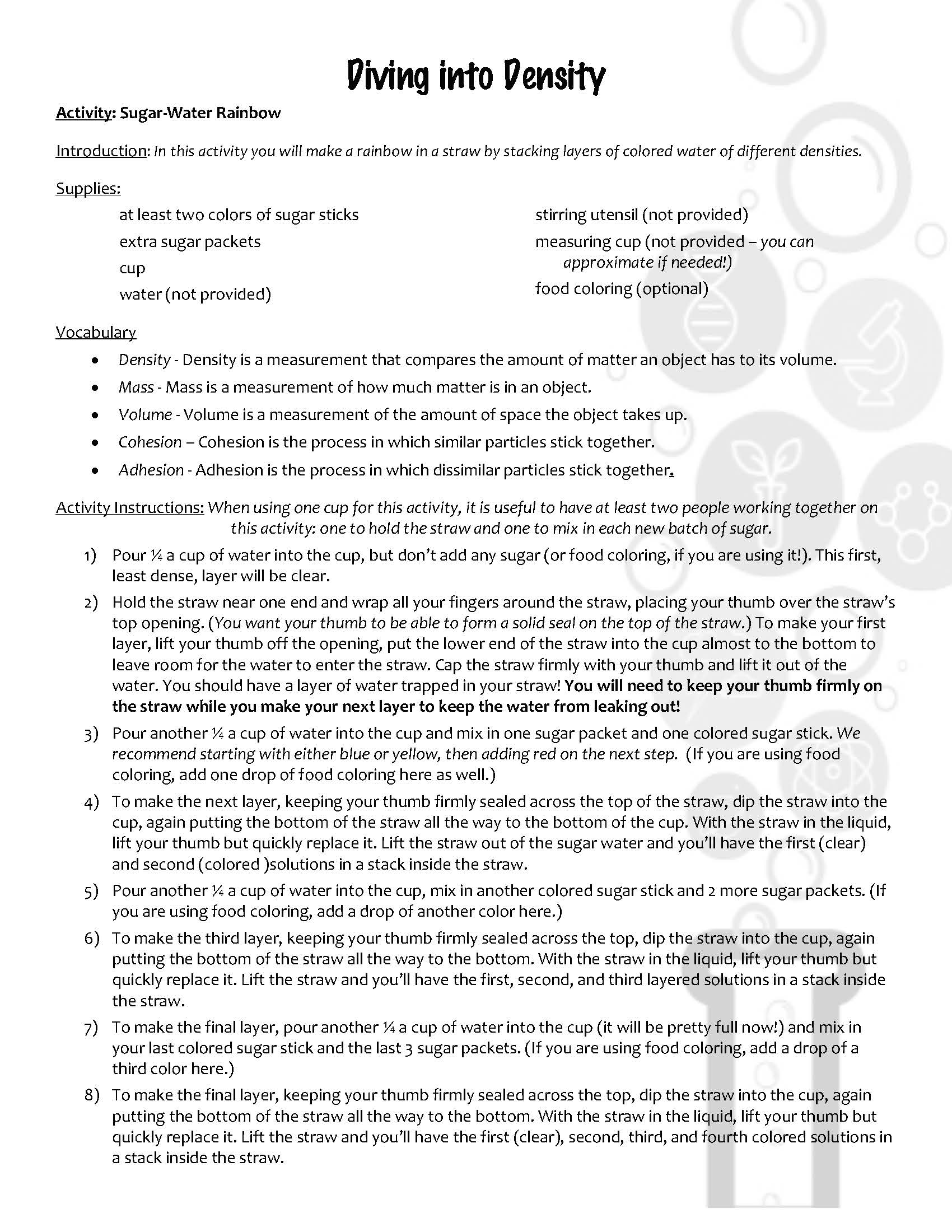 More about the Green River Formation

The Green River Formation is a rock unit that was deposited as the result of several large freshwater lakes in the Eocene Epoch about 52 million years ago in what is now southwestern Wyoming.  The Green River Formation in an important rock unit in Wyoming because it makes up beautiful landmarks like the iconic bluffs out at Green River, WY, provides an important economic resource called Trona, and yields one of the most important fossil units in the world producing millions of fish, mammals, reptiles, plants, and insects, some the most preserved in the world

Although these lakes were supplied by rain (fresh water), their relatively shallowness coupled with the warm climate made them especially ‘salty’ due to evaporation. This salt isn’t the same salt as seawater but is composed of other salts like calcium or sodium carbonate. As a result of the salt in the warm shallow-ish lakes, they often became stratified. This meant that the denser salt water sank to the bottom and freshwater remained as a layer on the top of the lake. The saltier bottom water was also thought to also be low in oxygen which meant that any animal that swam into the lower lake levels couldn’t breathe, preventing dead animals that sank to the bottom of the lakes from being scavenged. The lack of scavenging and fast sediment accumulation rates helped preserve the amazing fossils we see today.

During especially dry periods in the Eocene, the ancient lakes significantly shrunk due to evaporation, causing all the salt to precipitate out into layers. One such mineral that formed because of the evaporation is called Trona, a sodium carbonate compound. Trona is one of Wyoming’s major mineral exports and is used for soda ash in manufacturing glass, soaps, detergents, paper, and much much more! Trona is often found deep under the ground, so we don’t often see the mines like we do coal, but they are there!

Consider signing up for our PreK-12 Email List for future opportunities.

January 2021 – Physics and Chemistry with Candy 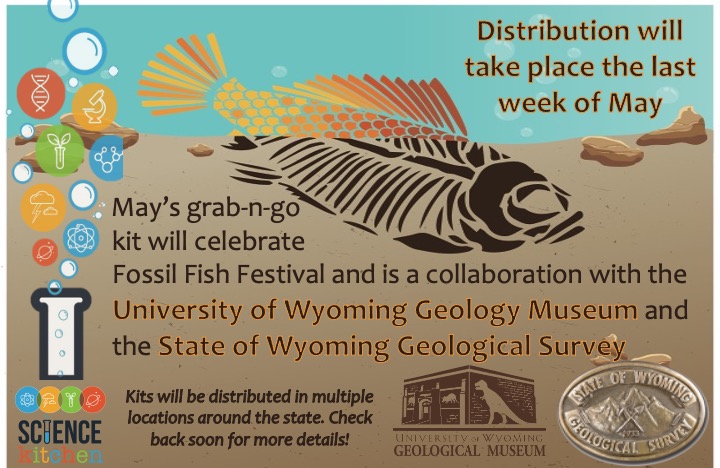