Aaron Vigil grew up in Worland, WY, taking hunting and fishing vacations where he used to stare up at the stars. He remembers being inspired watching space shuttle launches, which led him to attend the Bernard Harris Summer Science Camp hosted by the University of Wyoming Physics and Astronomy Department and the Wyoming NASA Space Grant Consortium. It was at this camp where he saw planets through a telescope for the first time.

Aaron came to the University of Wyoming because it made sense financially. He began his studies as an astrophysics major, although he really wanted to be an engineer. He just didn’t know what an engineer was. “I wanted to build things, not just research them, so I changed my major to mechanical engineering.” 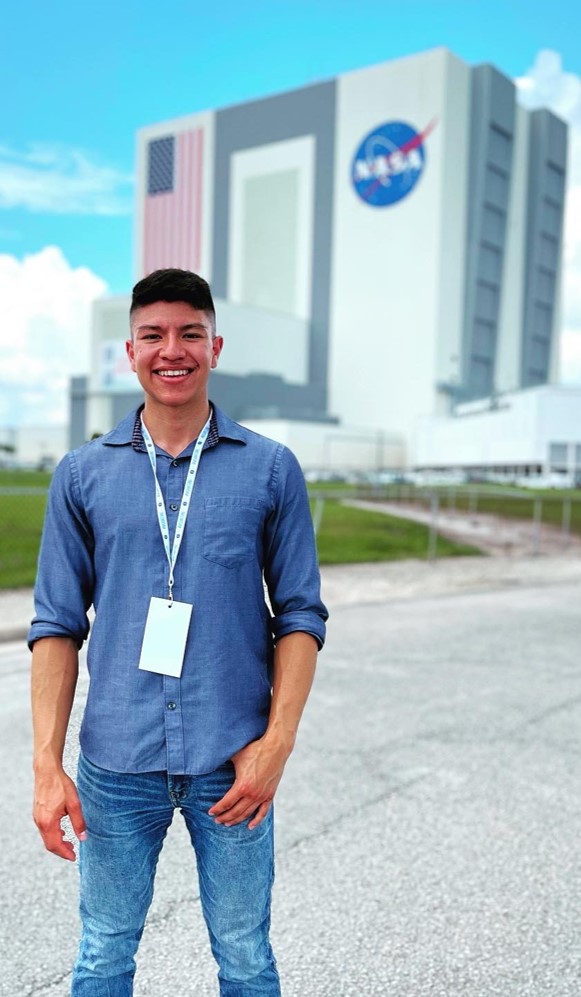 In 2021, Aaron applied for and was selected for a summer NASA Internship at Goddard Space Flight Center. He spent his internship using Blender, a 3D modeling software, to render models of early soviet spacecrafts to add to an archive of spacecrafts. This is challenging since these models have to be built mostly from photographs due primarily to soviet secrecy, but also because these spacecrafts usually crash-landed. These models are shared in an online NASA database where they are used for research and educational purposes. 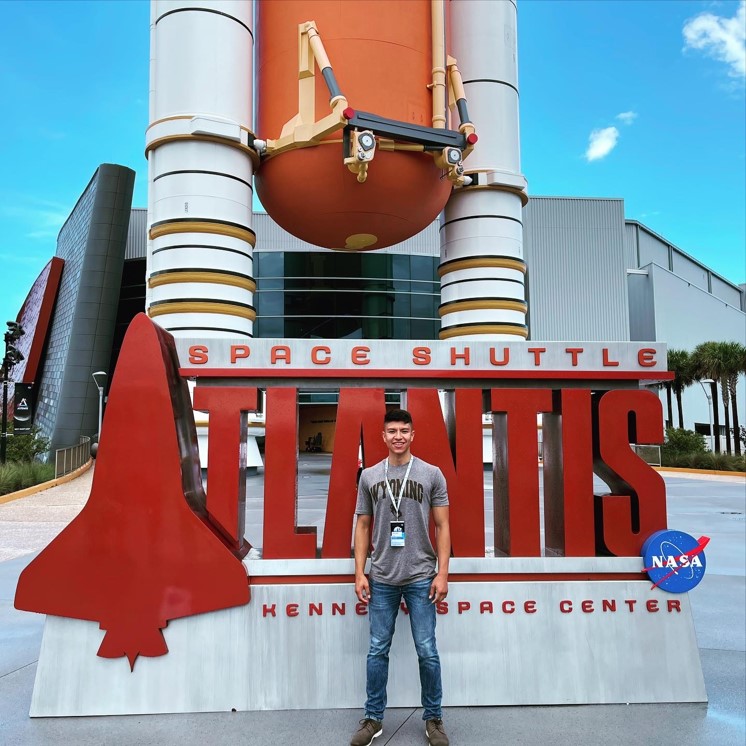 Due to the COVID-19 pandemic, Aaron participated in his internship virtually. Nonetheless, he made the most of the opportunity, taking part in the engineering and artistic parts of the project while also wholly immersing himself in the culture of Goddard. He participated in bi-weekly HACE (Hispanic Advisory Committee for Employees) and really appreciated the inclusive and diverse welcome he found at Goddard. Aaron was one of 50 summer interns (out of nearly 2,000) chosen to attend a live launch of the Boeing Starliner at Cape Canaveral. Even though the launch didn’t happen (due to weather delays), Aaron was able to spend two weeks in Florida touring Kennedy Space Center and meeting NASA interns from other fields of study. As Aaron points out, NASA hosts interns from many different fields, from engineering to marketing to financial.

Aaron’s summer experience at NASA Goddard motivated him to apply for a prestigious NASA Pathways Internship the following summer.

Every year, we award fellowships to graduate and undergraduate students attending the University of Wyoming or one of Wyoming’s community colleges in order to provide them with the opportunity to do “real” research. Occasionally, we feature one of these students and their research on this blog. For more information about our student fellowships, visit our College Programs page.